In most antique civilization, only one name was required to designate an individual person. That name was bound to the person from her birth until her death, without heredity.

The origin of the usage of family name or patronymic came from the Chinese. A 5000 year old custom that use three name, a patronymic, a name and a generation name.

In the occidental world, before the Middle age, only Romans use to have a system with three names: the first name,  the gentilice name of the group of the families and the cognonem (surname, that become a family name). However, people in the ordinary society, only had two names : a surname and a cognonem.

The barbarian invasion of the Vth century has destroyed the occidental Roman Empire and at the same time the three name system.

The populations of the time use to take the custom of the conquerors, who were theirs before the arrival of the Romans. They now have only one individual name that is not transmitted to each generation to another. This system will last until the Xth century.

Individual names or first name are attached to a person and vanish at her death without being given to another.

It’s in the Xth century that the process of creation of family names begins. With the problems related by too many individuals with the same homonyms, the individual name is more and more coupled with a surname. With time, this usage, tend to become hereditary. The phenomena can be first see amongst the noble family, and then, all the population from the XIIth century.

A long fixation process of family name begins. To identify themselves, people first mentioned their profession, followed by their individual name or usage name. There is only on step to make us think that the profession became the patronymic of many individuals and that the individual became their first name or surname.

With the profession, and to be more identifiable, location name, pseudonym, nick name, physical attributes and even saints will be had to it. This phenomenon has become very elaborate. We can believe that the existing names are related to the origin of the population, formed with the colonization, the invasion and immigration. Each of them brought its own language and names, most of them having a precise signification.

In France, political power is interested in the question and progressively legislate the existence of family names.

In 1474, Louis XI prohibit family name changing without the royal authorization. In 1539, François Ist promulgate the prescription to Villers-Cotterêt. This becomes mandatory with the register of civil state. This task is given to priests, the clergy constitute the only “administration” present in all the kingdom. In fact, the royal decision officialize and generalize a practice already in usage since the beginning of the century, mostly in the cities and nobility.

When Canada is discover and after the foundation of the city of Quebec, the holding of civil register according to the law of the time was the one used in France. It was put in the hand of the catholic missionaries who had to take of the registering of the marriage, birth certificates and decease persons. The first one began in Quebec City in 1616. For the non-catholic and Huguenots and others, the registers began a long time after, around 1765.

For the Mercier patronymic, it was possible to retrace archives from 1530. We can believe that there were many ancestors from the patronymic Mercier, as much as they were professions related to “marchand” (seller, trader) at the time of the introduction of the different decrees promulgate progressively in France since the Xth century until 1474. 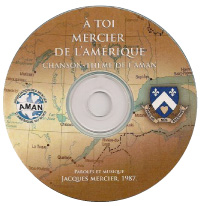